Video 01: If you cannot see the embedded video: https://youtu.be/cIU4EwcaJLM

When it comes to The Lord of the Rings, my favourite character is Gandalf. After watching the movie version of the fantasy novel series, I also fell in love with Legolas, portrayed magnificently by Orlando Bloom. Therefore, I really want to make this FANtasy design special. I’m sorry ladies, I will not be using Orlando Bloom as my reference, because I feel that in spite of fantastic makeup, Mr. Bloom is too human. However, I will make him handsome enough, so you need not worry.

I’m not a prolific sketcher when it comes to drawing ideas most of the time. I tend to spend most of my designing in my head and only put pen to paper when I already have an image in my mind.

Though I can draw human figures from my head, I find that having a visual aid helps me create better and more life like figures. I have recently acquired an Art Pose app on my iPad where I can quickly design the pose and angle of my character prior to creating a rough sketch.

After several hours of posing, and narrowing down my choices to two poses, I’ve invited Facebook and Twitter fans to help me decide which to use. We’ve decided on Pose 1, which you can see below: 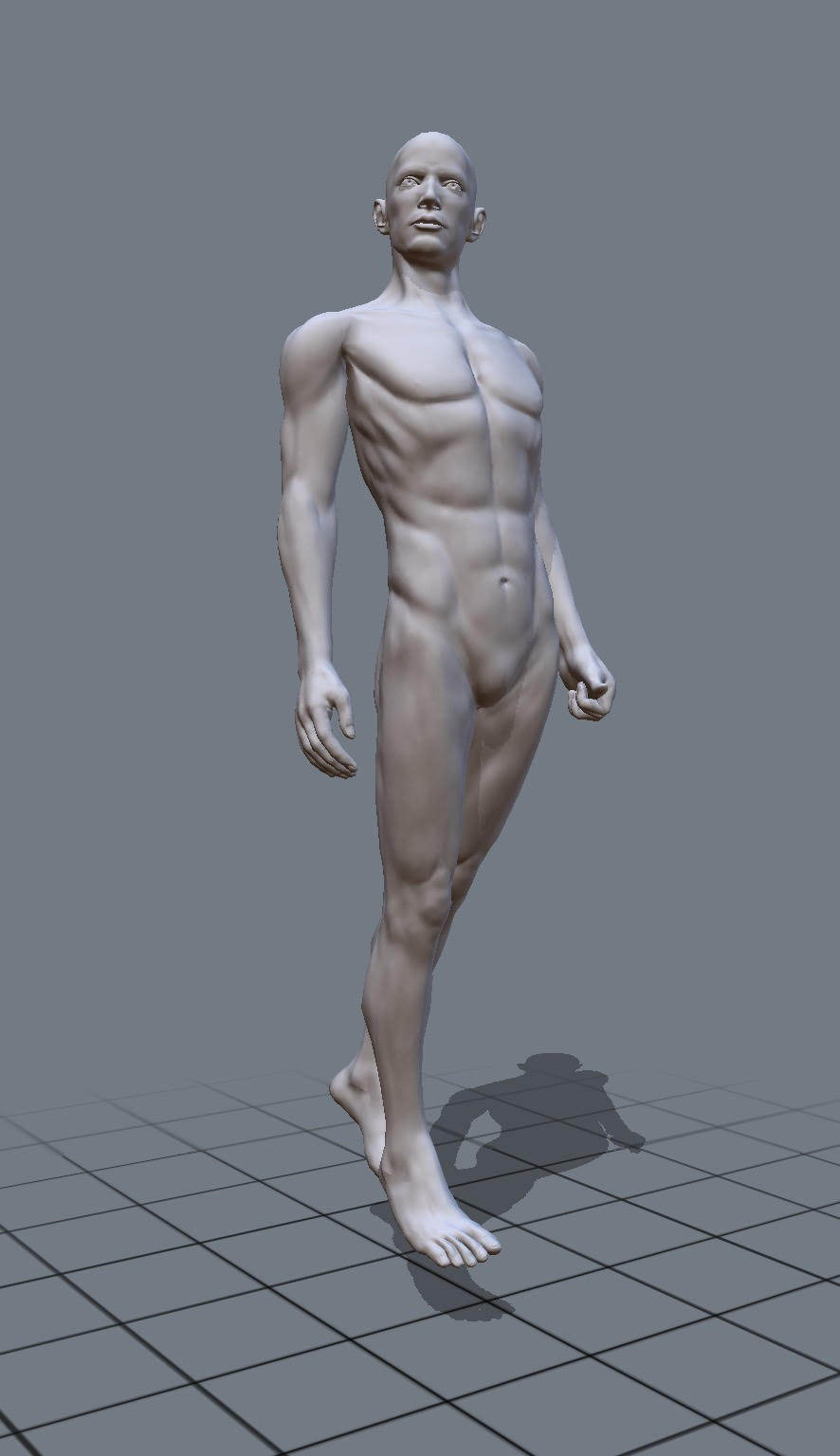 The idea is to have Legolas Greenleaf balancing on topmost branches of a tree, and I feel this pose shows his impressive majesty.

I imported the image into Photoshop and after attempting to sketch out the pose through observation, I decided to simplify my life and trace the pose onto a new layer.

Though the pose is fine, I find that the proportions of the character are too human, so I decided to elongate Legolas’ torso, and make him appear taller and more elf-like. I can’t remember how tall elves can become, but I think they are at least 6 feet tall. I believe I read something about that in The Silmarillion ages ago.

In my sketches I have figured out his costume design, so the next step was to dress him and add some details to his head. 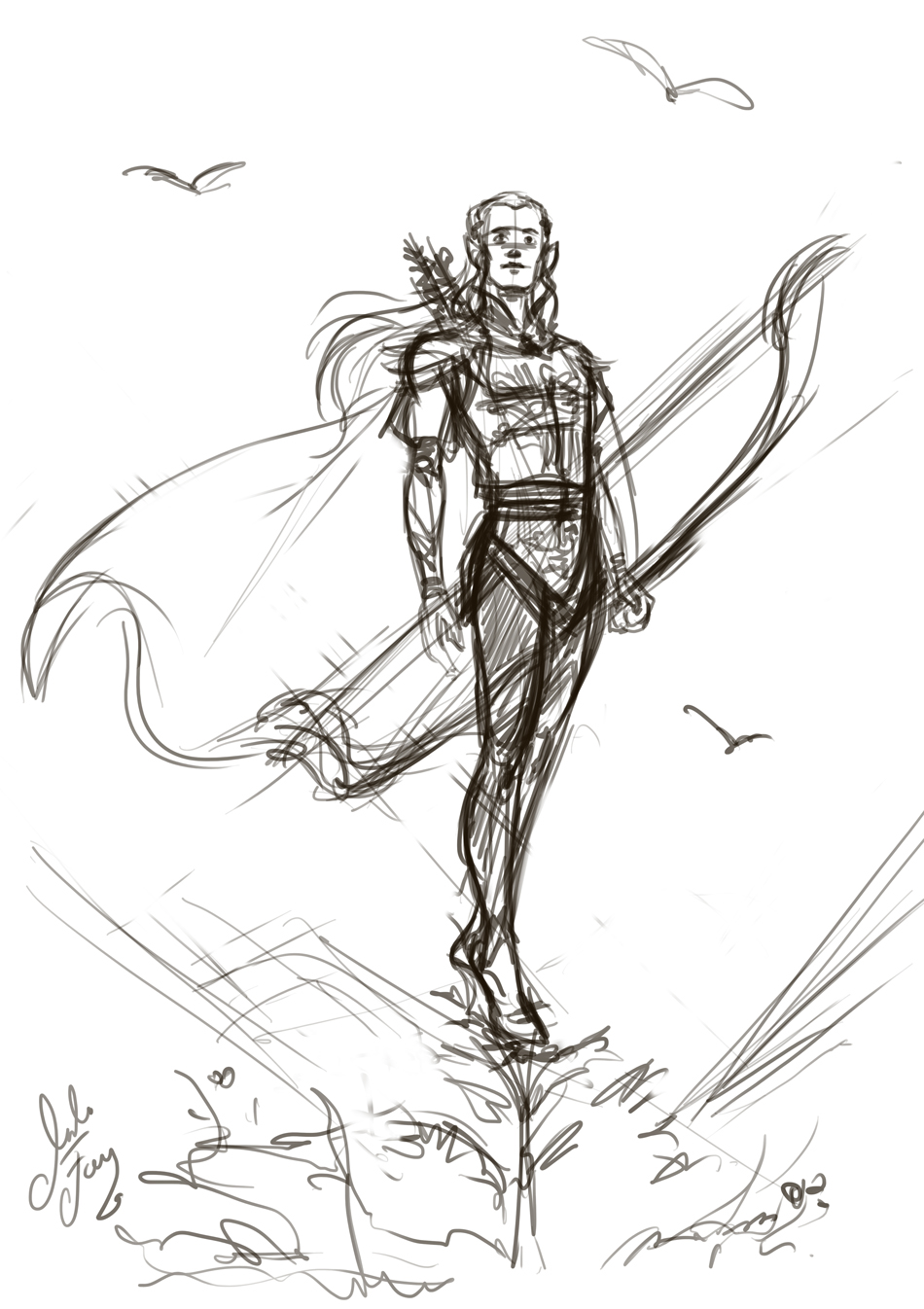 I have not included Legolas’ twin daggers/swords, but I did give him his 6-foot bow. I have no idea how he runs through the forest with that giant thing, but according to LOTR Wikipedia page the bow is 6-feet long.

The next step of course will be to refine the sketch. I also need to look up some bow designs, since I’ve never taken archery. In the sketch you can see what I think the bow looks like. Google will tell me what it actually looks like.

P.S. If you are looking for Part 1, I deleted that post to free up space on my server. Sorry.