As I paint these covers, I’m becoming more and more aware of the differences between traditional and digital painting. If I was painting the covers traditionally, I would have several brushes in my hand to achieve the textured or smooth look I need. However, painting digitally, there is a lot of trial an error, playing with different brushes and opacity, levels, layers, textures… I’m really grateful to the Schoolism students and DeviantArt artists who have helped me improve Episode 1 Cover Art.

Here you can see the version before their input: 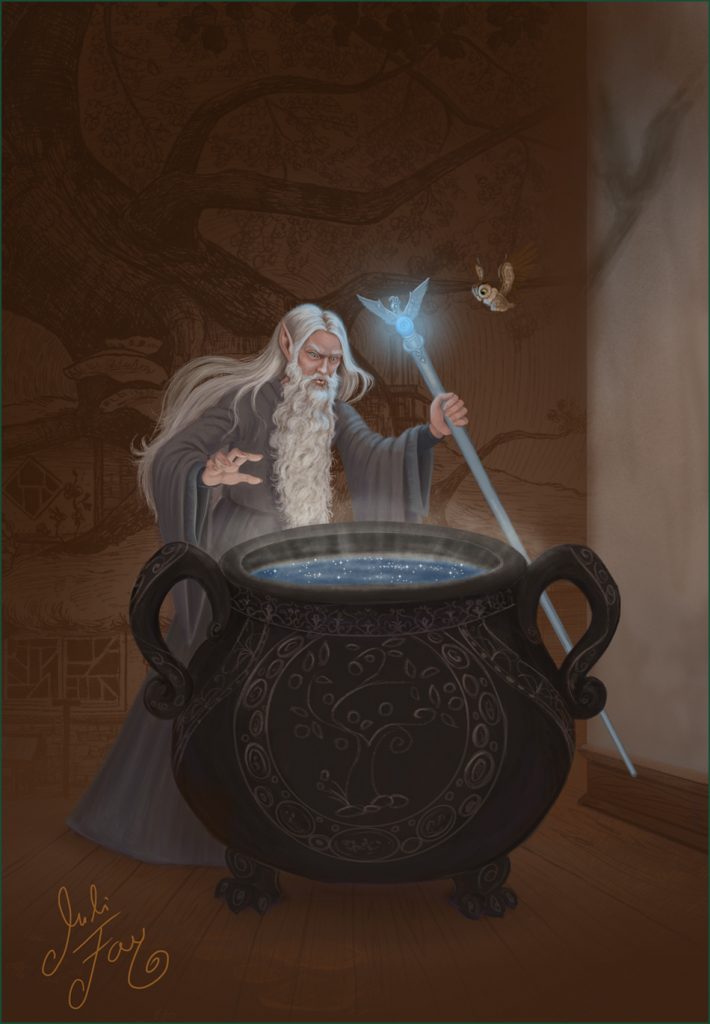 Thank you to Sarah Gaudette, Ella Ben Yacov, Rajen Ramkallawan, and especially to Evan Winston and Wildweasel339 for taking the time to pain over my work.

And here is the version after: 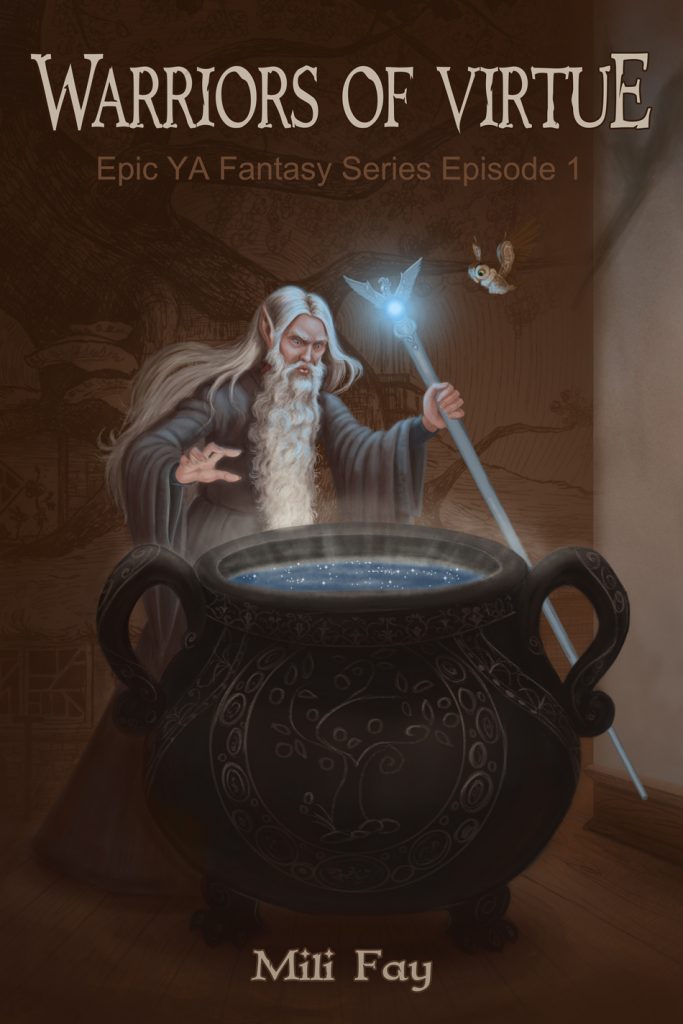 I added more light contrast compared to the previous image. The awesome font I’m using is Immortal by Apostrophic Labs.

I’ve decided to add the extra background element to show more about each featured character. For Episode 1 you can see Cornelian and Artemis in the alcove of their cottage (a scene from the first chapter), and Cornelian’s cottage in line art in the background.

Episode 2 features Lauraliee Lumijer as Nenya the water warrior. The wave showcases her powers, while the background is a scene of the Empyreal Castle, her home, and the seat of power in Ardan. 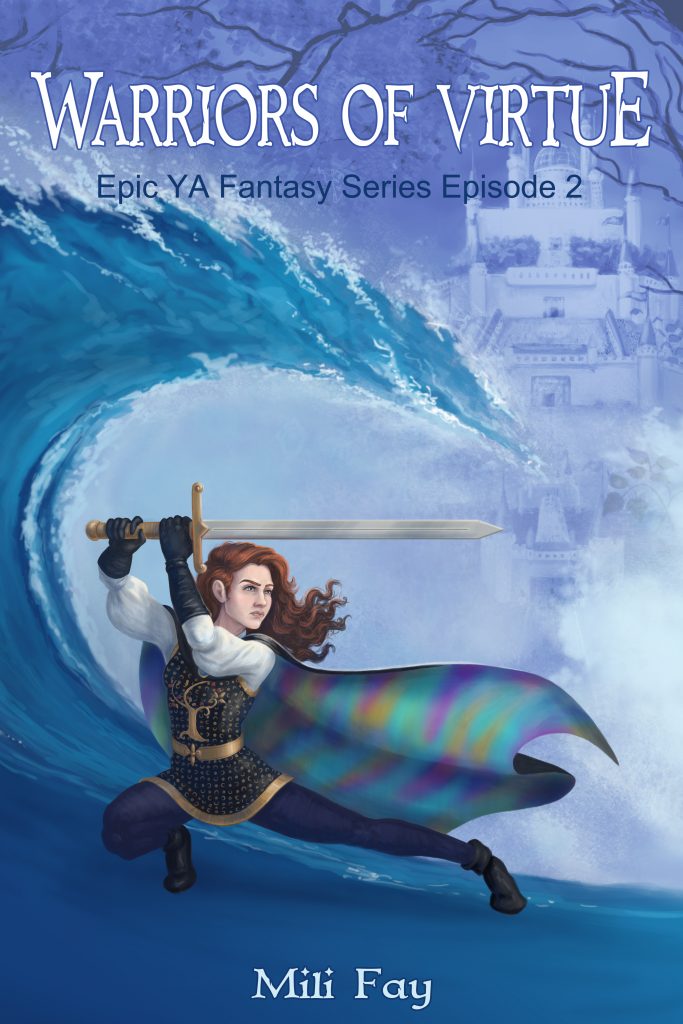 I’ve made several minor changes to this artwork in the last few days. The final was changing the position of the eye highlights. At one point I forgot that the inside of the cloak needs to be iridescent and I WROTE THE BOOK! 🙂

I’m currently working on Episode 3 featuring Vladimir DePompier as Narya the fire warrior. I’m not sure what to include in his background. His family is famous for raising fire steeds, so maybe I’ll create a sketchy version of a fire horse… 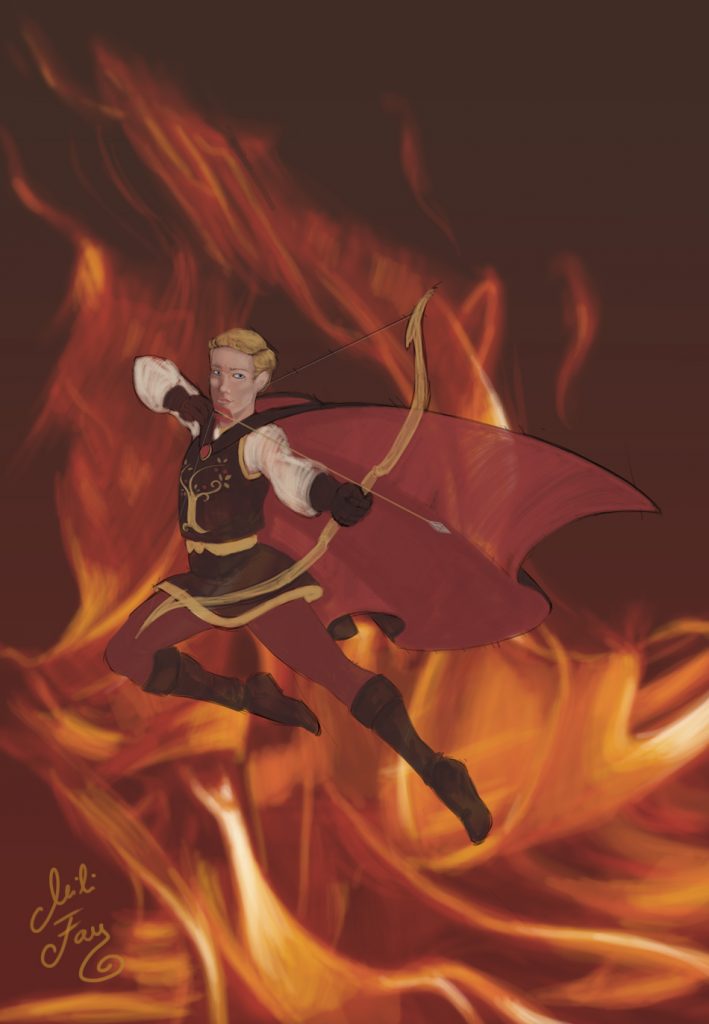 If you see Mili.Fay note that this is not me. Someone opened an account with my name, and thus far has kept it blank. Since I’m new to Instagram, I’ve been posting my progress there rather than on another social media account. Does anyone know how I can post an image in a rectangular format rather than a square?

I cannot believe the summer is almost over! I’ve been working to have Warriors of Virtue out by mid-September, and have unfortunately spent most of my summer indoors!

I weep for the passing sunshine. Maybe, I’ll just forget about everything for a while, and go to the zoo and other places while the weather is still nice. If you don’t hear from me, you know that’s what I’m up to.